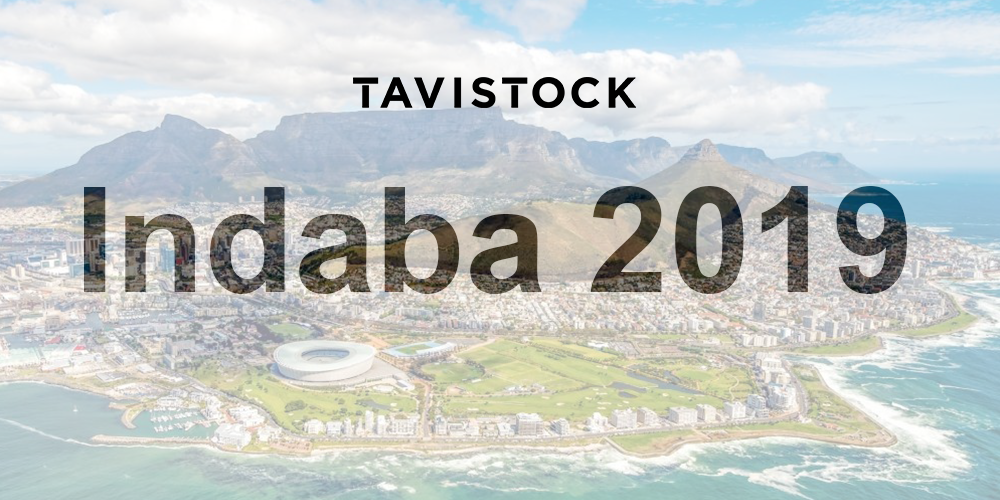 Is it just us or do press headlines: “A darkening outlook for metals”, or “China slowdown a big threat to industrial metals in 2019”, published soon after a sustained multi-month downward trending market, make you feel positive? Probably not…

Usually, when mass media are dusting off their most negative headlines, the bad stuff has already happened. A bit of a reverse on the old: “When your taxi driver is telling you to buy bitcoin, it is probably time to sell”.

This reminds us of the Oracle of Omaha, Warren Buffett, who once described his secret to being the world’s most successful investor, “We simply attempt to be fearful when others are greedy and to be greedy only when others are fearful.”

Easier said than done when commodity prices and the underlying equities have had such a tough time in recent months, but surely, save any further bad news, the long-term prospects for the mining sector are looking up. Or at least more up than down.

Even with an expected global slowdown, a recent Glencore presentation estimated that even with minimal demand growth in 2019, copper and zinc would still see inventory drawdowns. For nickel, inventories would shrink even if growth fell 1%. Of course, a lack of investment in growth and new projects given the current market could exacerbate this in future.

The other upside here, if you can call it that, is mining stocks were not alone in the most recent weak period, as they sometimes can be, with some major global general equity indexes having the worst annual performance since 2008. And we all remember what happened that year.

Additionally, the generalist investor fraternity, are starting to enter the mining sector; not really being that interested with what’s in the ground, but what’s in their mobile phone, what is in the nutrients that grew their food, and what is in the battery that runs their new car. So, the mine to mouth story will be a strategy that the miners may well need to consider during 2019.

This is likely part of the thinking behind BHP’s recent ‘Think Copper’ TV ad in Australia. https://www.youtube.com/watch?v=wRJ66OYAZSI

So, what is behind last year’s weakness? Well, in case you have been on another planet for the past 10 months, prospects of a reasonably strong year started to evaporate around March 22 when President Trump asked the United States Trade Representative (USTR) to investigate applying tariffs on US$50–60 billion worth of Chinese goods.

Soon after, China responded by imposing tariffs on 128 products it imports from America.

And so, the tit-for-tat between the two economic super powers has continued ever since. Although they did agree to pause for a bit recently.

In fact, up until then, the Asset Quilt of Total Returns put together by Bank of America Merrill Lynch put commodities, with a 22.7% gain, as the top performing asset class for the first four months of last year. Gold, which is in a class of its own, was in second place with an 11.6% rise.

That positive mood in the market was reflected at last year’s Indaba where most participants were in a state of euphoria, expecting good things for the year ahead.

Up until then, commodities hadn’t been on top of BAML’s chart since the years 2000 and 2002, the beginning of the last commodity supercycle. Perhaps an easing of tensions between the two superpowers is all that’s required to get things going again.

In amongst the short-term noise, positive trends remain, especially those around battery metals and the electric vehicle revolution, and how this new demand source could add greatly to adding a further element of demand source to those metals that are so closely correlated with steel demand and infrastructure. And grid storage, ie. EV batteries on steroids, have only just begun.

And while 2017 was the year where annual global EV sales passed the one million car mark, the rapid growth in this space is reflected in the fact that Bloomberg Energy expects that number to have almost doubled to 1.9 million in 2018. The rEVolution is well underway (see what I did there).

The massive Barrick-Randgold merger was no doubt the headline grabber of the year. Combining the most highly regarded gold CEO, with the world’s biggest gold miner was akin to Jose Mourinho finally getting his hands on the Manchester United job. Scratch that, bad analogy.

Major deals like this always create ripple effects throughout the industry as management shifts around, new companies are born, and others pick up unwanted assets. For example, Newmont buying Goldcorp soon after for $10 billion is probably not a coincidence.

Finally, and as is always the case with mining, especially in Africa, politics always plays a major role, with taxes, beneficiation and local ownership used for electioneering.

Just in the past few months we have seen presidential elections, and change of control, in two resource rich economies, Madagascar, and the DRC, where, in the latter, a new president has been voted in after Joseph Kabila’s 17 years of power.

Last year at this time, Zimbabwe’s big change of power had just occurred, with many heralding a new dawn following Robert Mugabe’s 30 years of rule. Unfortunately, from recent news reports describing an “imploding economy” things have not gone as well as many would have hoped. Perhaps it’s a case of “darkest before the dawn” there too.

South Africa has its turn this year, with Jacob Zuma’s replacement as ANC leader, Cyril Ramaphosa expected to set an election date for May.

We look forward to another busy week hope to see you at our annual cocktail party on Monday night with Memery Crystal and Shore Capital.

To view some of the Indaba events, download our timetable