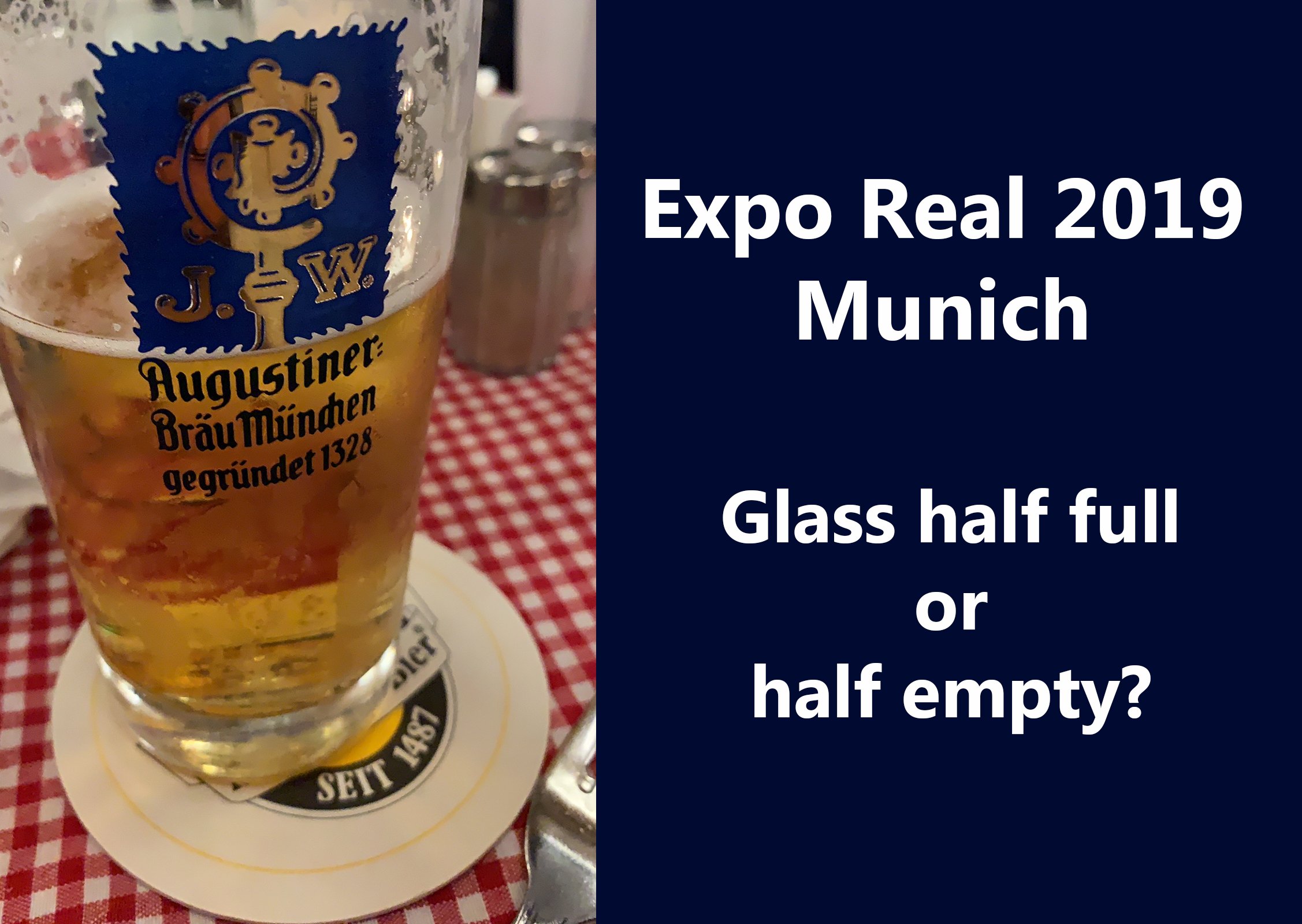 ‘Ask me what I want you [The UK] to do,’ says a Dutch property agent over a beer in one of Munich’s famous beer halls. ‘Go on,’ I say reluctantly, bracing myself for another broadside, indicative of the change in attitude towards the country I was born in and have lived in for most of my life.

‘Just leave! The UK’s never really committed to Europe anyway. You’ve always held the best position: one foot in while the other languishes on the outside ready to kick a spanner in the works whenever it suits you. You’ll never be able to negotiate your way back on those terms.’

Emboldened by this statement, a Frenchman recounted how a room full of senior property people had collapsed into a fit of giggles when one of their number had read out Boris’ latest Brexit pronouncements from his iPhone.

Of course, whatever happens with Brexit – one of the Expo panels this week concluded that a second referendum was now more likely than ever – we are repeatedly told there will be opportunities.

In reality, the glass half full types, so prolific among senior business people, have been frustrated mostly by our nation’s complete inability to rally around a cause and overcome the obstacles, something we Brits have prided ourselves in for centuries. Arguably, most damaging is the lack of certainty and a reliable timeline.

After all, asking investors to stump up millions in capital to take advantage of a potentially mind boggling dislocation in the real estate market is difficult without knowing how long it will be until you can start deploying their money. We’re four years in and still don’t know whether it’s going to take days, weeks, months or years.

I breathe a sigh of relief as the conversation switches almost seamlessly to Trump’s impeachment and international trade wars. Time for the Americans to roll their eyes and take some flak.

In Germany though, there is a very real concern that the double impact of Brexit and trade tariffs will have a crippling effect on the country’s manufacturing and automotive sector, especially if the country slips into a technical recession later this year.

Putting political matters to one side, top of the agenda for many Expo attendees was securing meetings with the German banks in an effort to tap into the ultra cheap debt.

There was also a lot of chatter around the PropTech sector, although the conversations have moved on from a few years ago, where young entrepreneurial founders preached Ted Talk-style to stunned audiences about how they were going to Uberise the property industry. Although the jeans and suit jacketed types were still there, panel discussions were more interested in what the more conventional chief operating officers from some of the big property platforms had to say about how hard it is to implement PropTech.

According to them, it’s all about leadership and ensuring that everyone at the top of the organisation is willing to champion the cause.

So, as the industry teeters on the edge and storm clouds gather, is my glass half full or half empty? For the moment, it is half full, but only because of the faith I have that the real estate industry will adapt to whatever’s coming. Some reliable political leadership would also come in handy.

James Verstringhe is a director in the Tavistock real estate team.