Our team is drawn from diverse professional backgrounds. Our consultants are former journalists, fund managers, stockbrokers and lawyers. In addition, they have worked in parliament and lectured as academics. Delivering value to our clients depends not only on a thoughtful and creative approach to communications but also on applying experience and judgement. 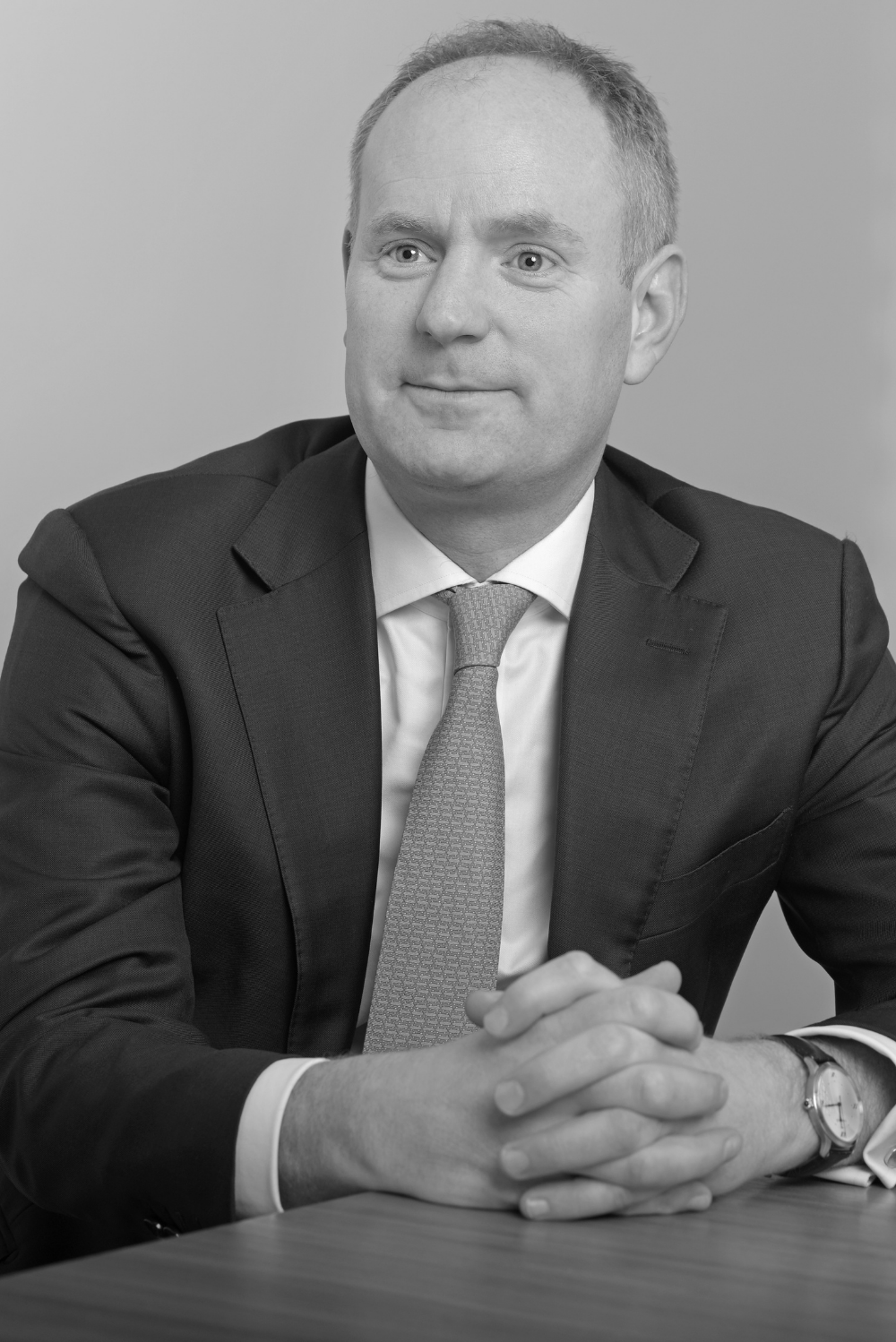 Jos is Chief Executive Officer of Tavistock and joined the business in 2010. Jos is a senior adviser to Tavistock clients and has extensive experience advising both private individuals and listed businesses across a broad range of campaigns.

In the listed arena, he has advised Boards and companies across all manner of communications challenges including complex M&A activity, equity and debt financings, IPOs and reputation management issues.

Jos attended Birmingham University and the University of Aix-Marseille where he graduated with a degree in French studies.

He formed Tavistock in collaboration with a number of colleagues in 1991, prior to which he was a founder director and subsequently Chief Executive of City and Commercial Communications, then one of the top financial and corporate consultancies in the UK.

Jeremy’s experience spans both corporate and financial communications working with both public and private sector organisations across the full range of public relations issues including reputation management, flotations, mergers and acquisitions and crises.

Charles Vivian started his communications career at Citigate Dewe Rogerson in 1997 before co-founding Pelham Public Relations in 2004. During that time he created a successful mining practice at the agency as well as growing the business into one of the fastest growing financial and corporate communications businesses in the UK; until 60% of the agency was sold to Bell Pottinger in 2011.

He then continued to work with the financial and corporate business at Pelham Bell Pottinger, before being promoted to Managing Director of the Geopolitical division that focussed on international strategic communications and advised individuals, corporates, ministries, and governments, with a main focus on Africa.

Charles decided to leave Bell Pottinger in 2016 and then joined Tavistock in September 2017. 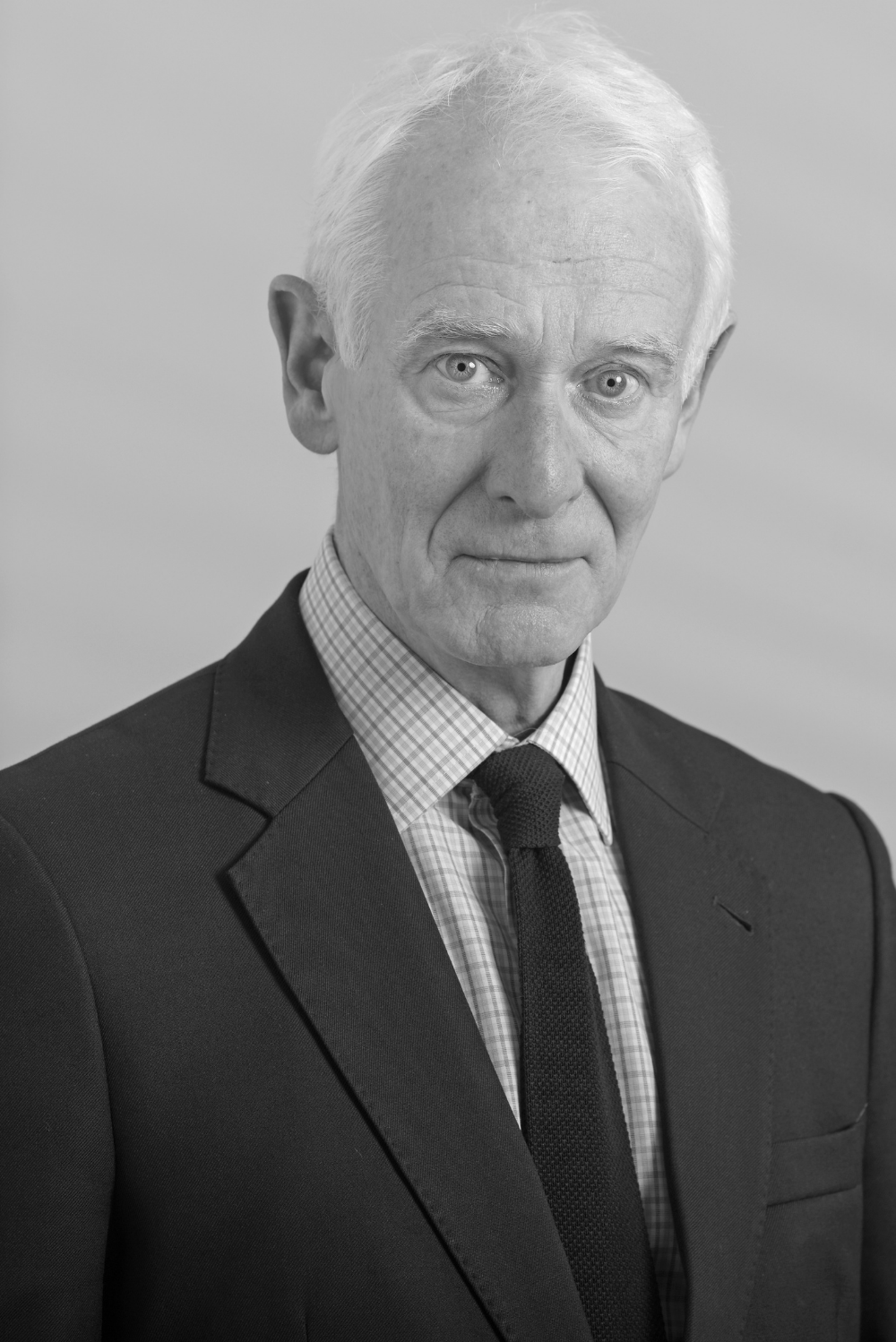 Simon’s focus is on the energy and cleantech sectors. After beginning his career in investment markets in fund management and then in equity sales in London and Hong Kong, he moved into financial PR and was a co-founder of agency Hudson Sandler.

He subsequently founded investor relations consultancy City Insights which was acquired by Tavistock in 2003. He spent three years working in-house with two FTSE 250 companies as head of IR and corporate communications.

He is a member of the Investor Relations Society and has a degree in economics from the London School of Economics and Political Science. 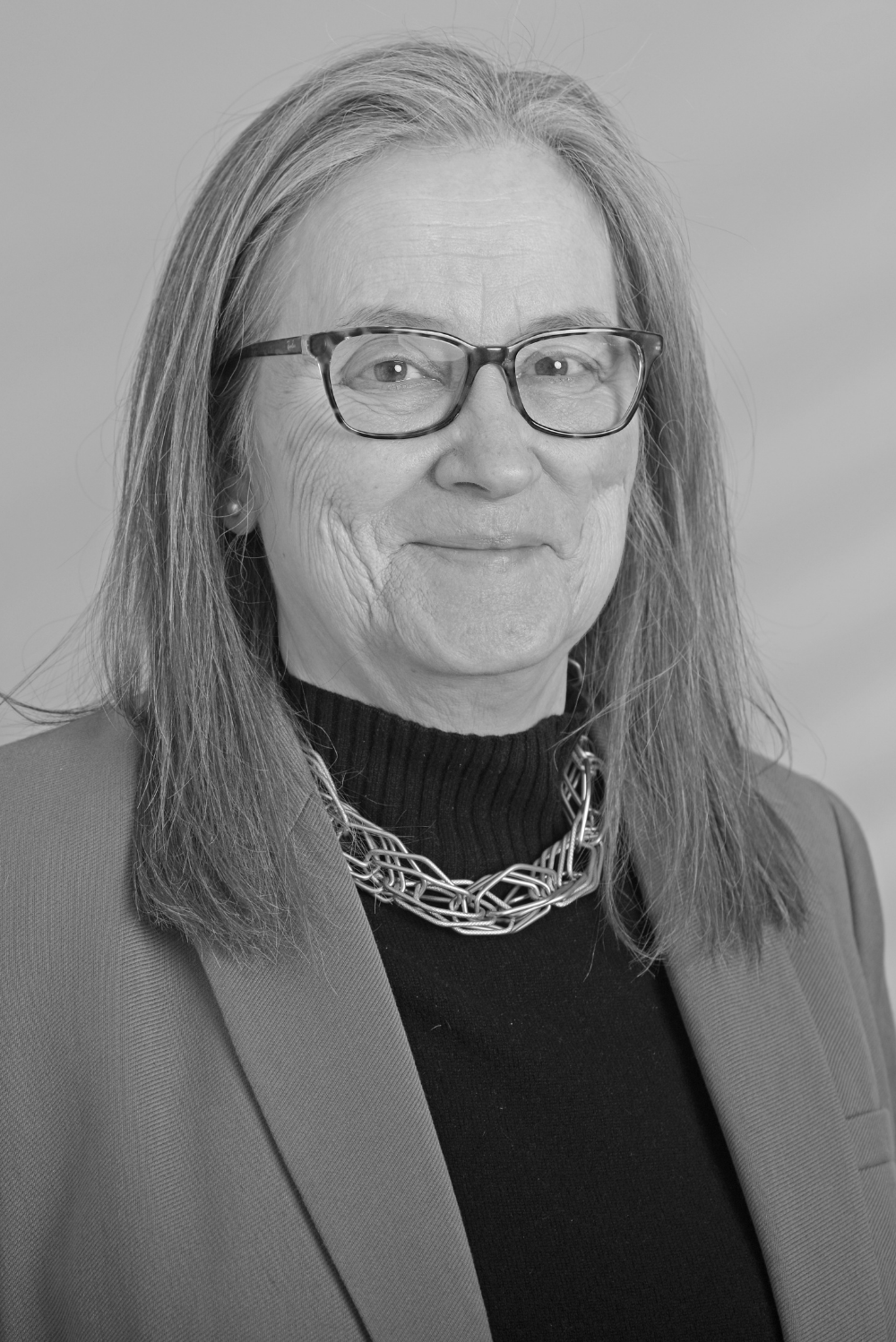 Lulu is a founding Director of Tavistock, with over 25 years’ experience in financial and corporate communications and investor relations. She specialises in the telecoms, technology and media sectors incorporating companies both large and small.

Her extensive experience includes a long-standing relationship with Vodafone, which she has advised for over 20 years. Lulu’s clients include KCOM, Torotrak and Stanley Gibbons and Virgin Media prior to its merger with Liberty Global.

After graduating from Exeter University with an Honours degree in Economic and Social Statistics, Lulu began her career with Binder Hamlyn as a trainee accountant before joining WI Carr as a Small Companies analyst. 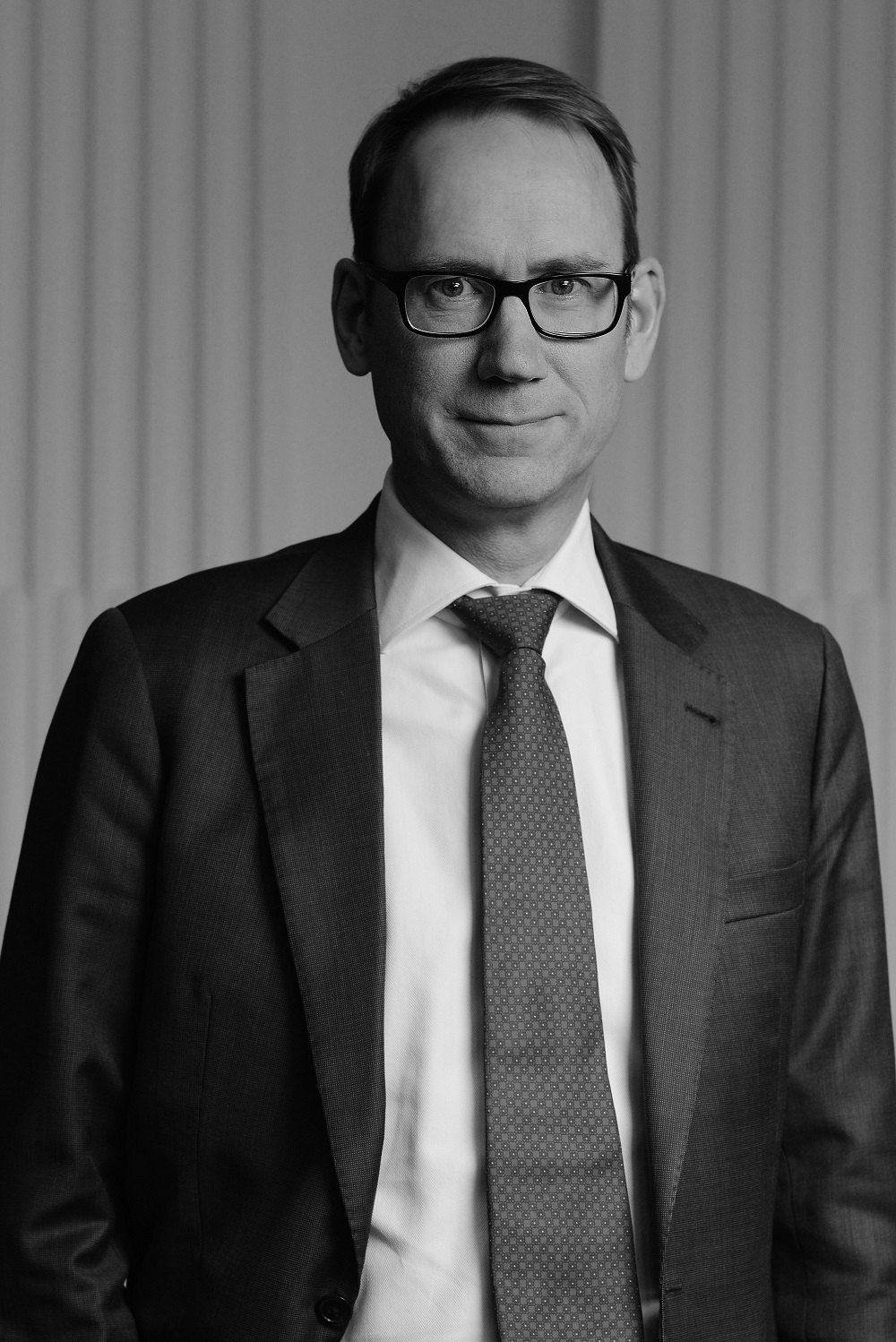 Axel, Tavistock’s Chief Operating Officer, is primarily responsible for the non-client facing side of the business.

He has wide-ranging commercial expertise and has been extensively involved in the transformation of Tavistock, with highlights including the acquisition and integration of Conduit PR.

Axel was a director of City Insights, which he and his colleagues sold to Tavistock in 2003. His earlier career included roles in accountancy, investment banking and the oil & gas industry.

Axel is a graduate of Imperial College London. Outside work, his interests include adrenaline sports and travelling. 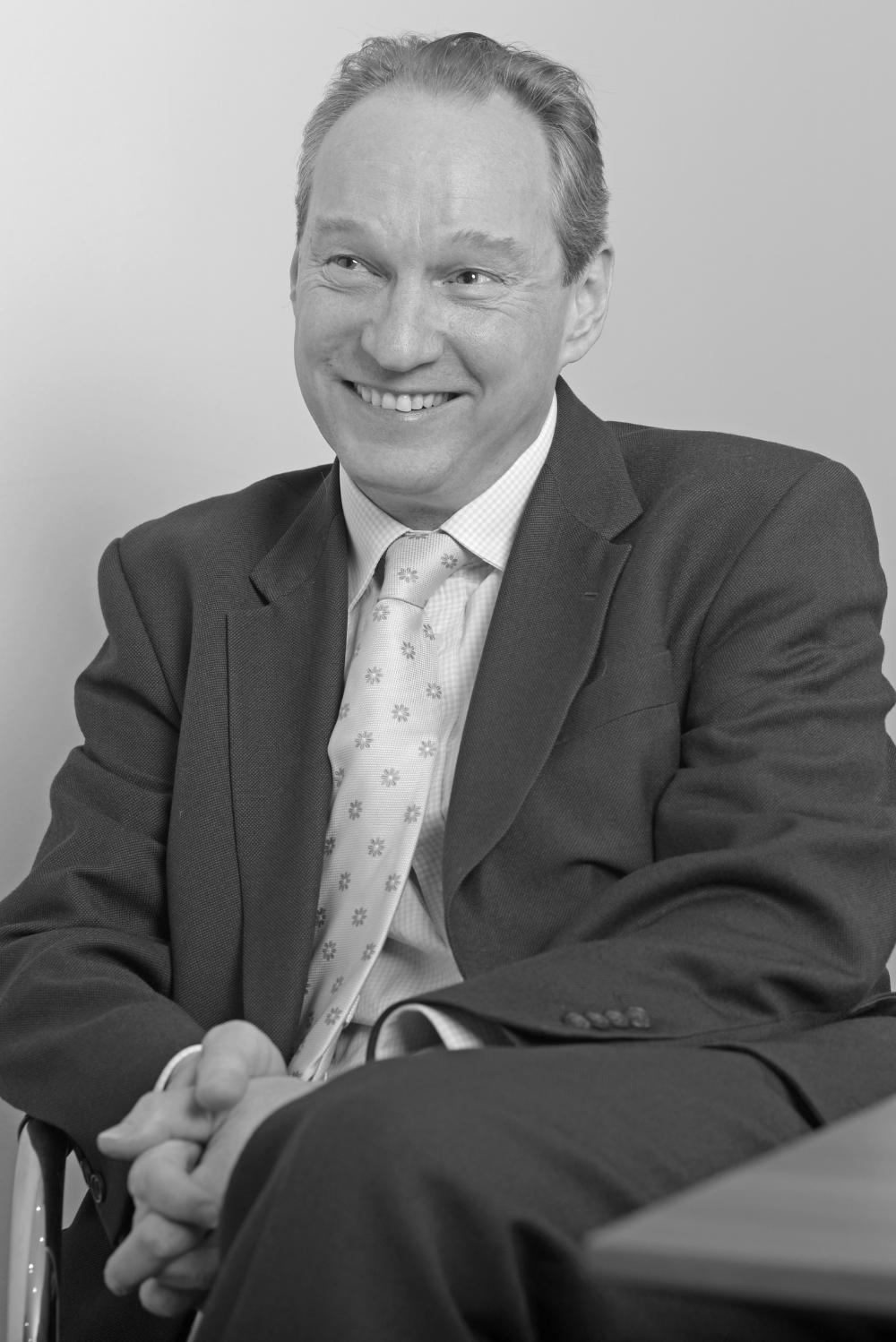 Nick Elwes started his communications career at College Hill (now Instinctif) in 1994.  During that time he worked across a number of sectors before being posted to Johannesburg to manage the company’s office there.  On returning to the UK he worked on and later headed up the natural resources team at College Hill advising oil and gas companies, across all aspects of the oil and gas sector, working on numerous transactions and IPOs.

He then became Director of Communications at an AIM listed oil and gas company with responsibility the Company’s communications with all its stakeholders.  Following that he joined Blytheweigh, with a remit to build a presence in the oil and gas sector for the company.

Nick then decided to leave Blytheweigh and joined Tavistock in July 2018. 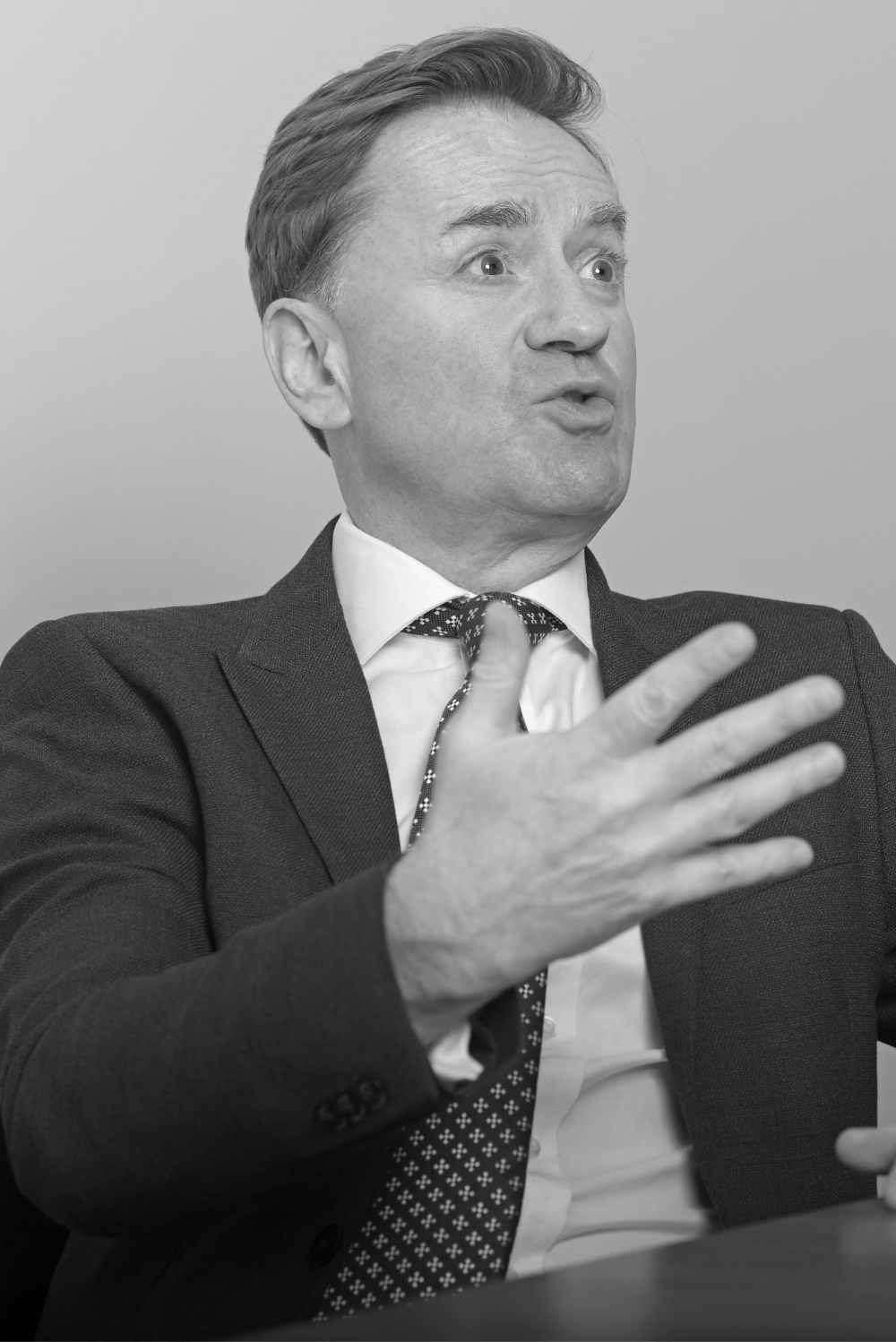 A Classics graduate from Durham University, James joined Tavistock in January 2013 to work in the real estate team. His knowledge of real estate was honed during 24 years as a property journalist.

James was latterly the executive editor of Property Week. He won many awards for his writing including the PPA’s Business Writer of the Year in 2007, one of the top prizes for business magazine journalists. 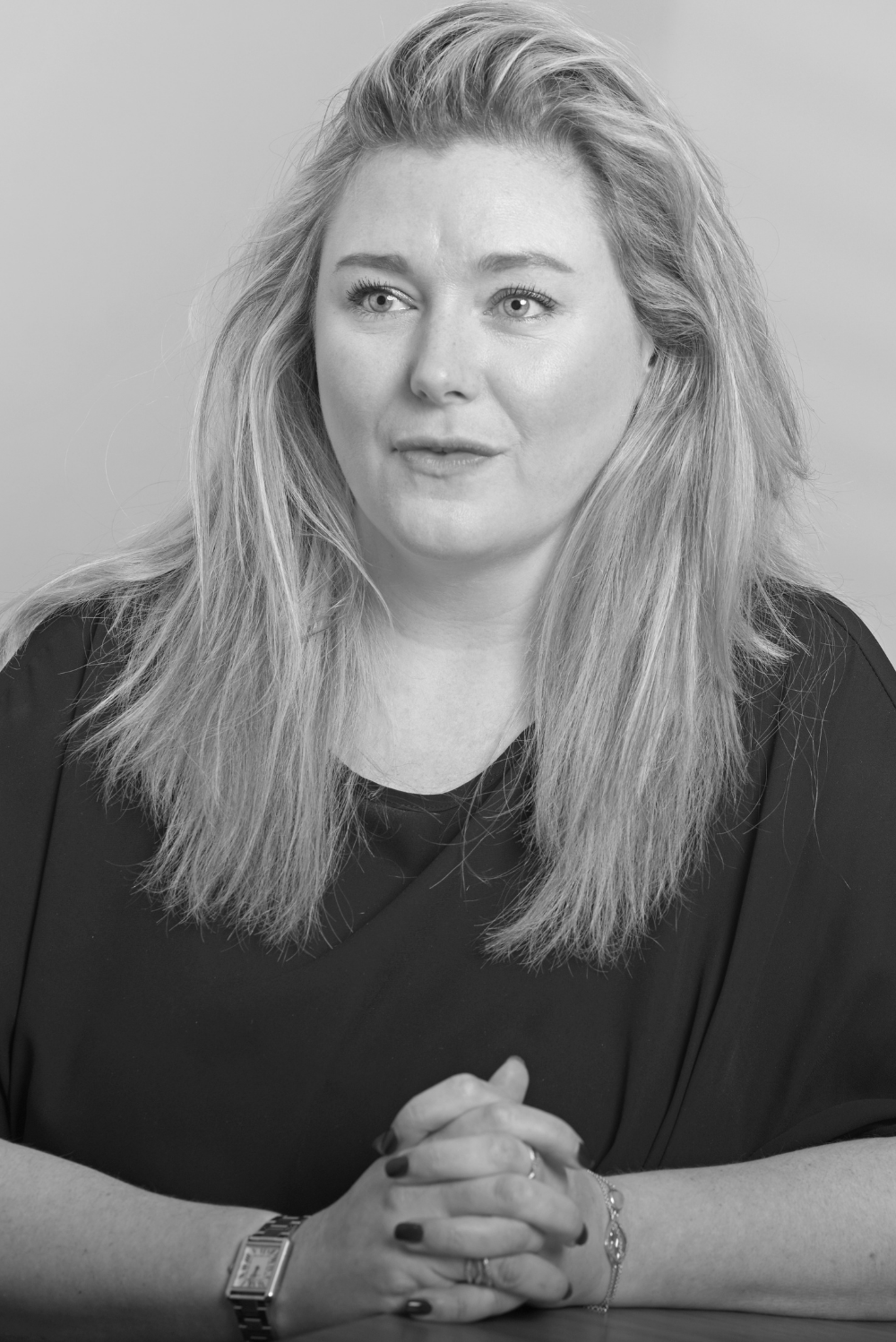 Prior to joining Tavistock, Heather spent nine years advising clients on all aspects of financial PR and IR including strategic capital markets communications, IPOs, M&A activity and crisis management. She has particular expertise and experience with growing smaller and mid-cap companies.

At Tavistock, Heather will be working across the financial services, industrials and TMT clients. 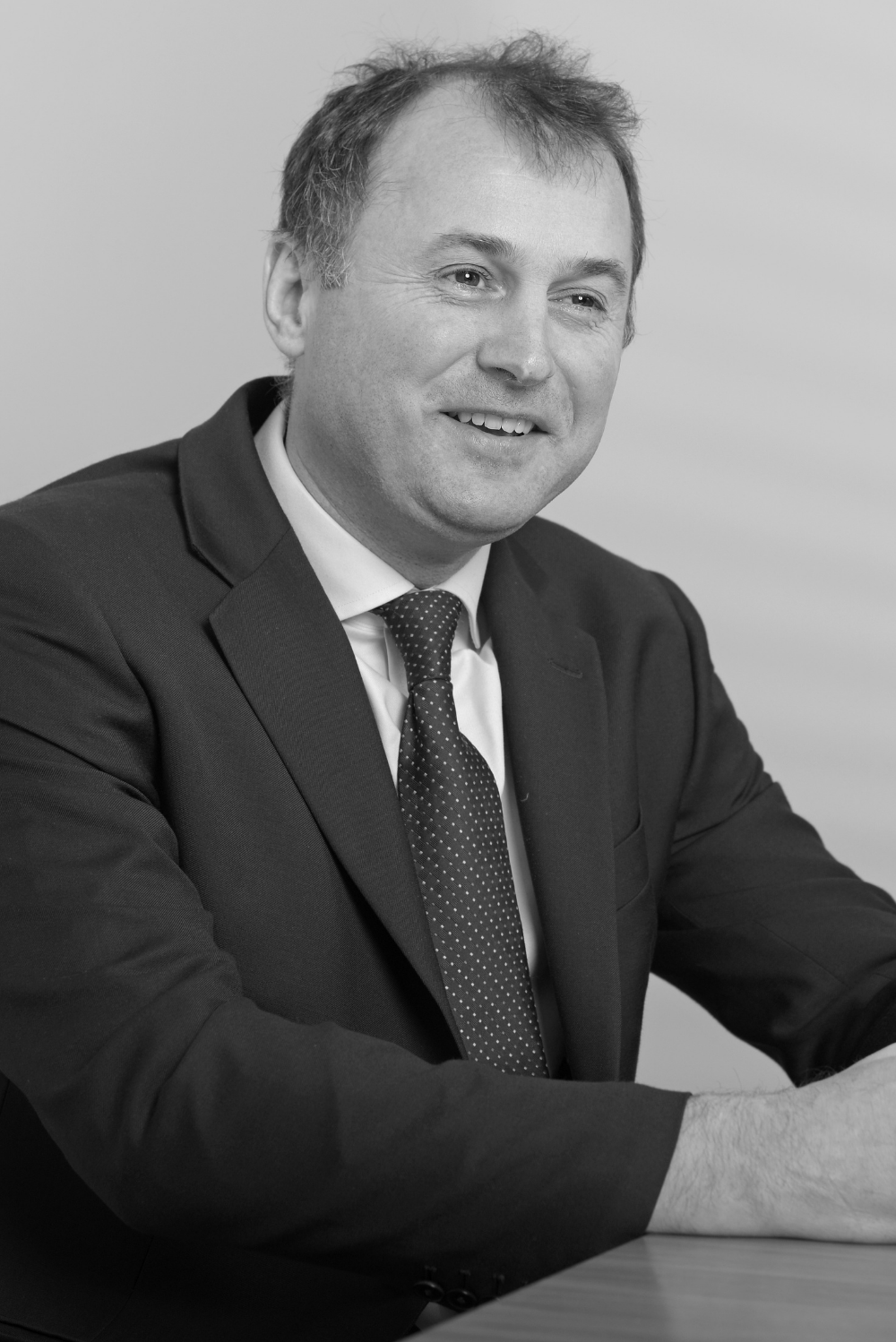 He holds the CFA’s level 4 Investment Management Certificate (IMC), the Google Individual Qualification (IQ) in web analytics, the CMP level 4 certification in Google SEO and has a BSc in Biology from Imperial College London, which included a year studying French at the École Nationale Supérieure Agronomique de Montpellier.

Prior to joining the PR industry, he served as an officer in the British Army and worked for a short time as an operations manager at BT. 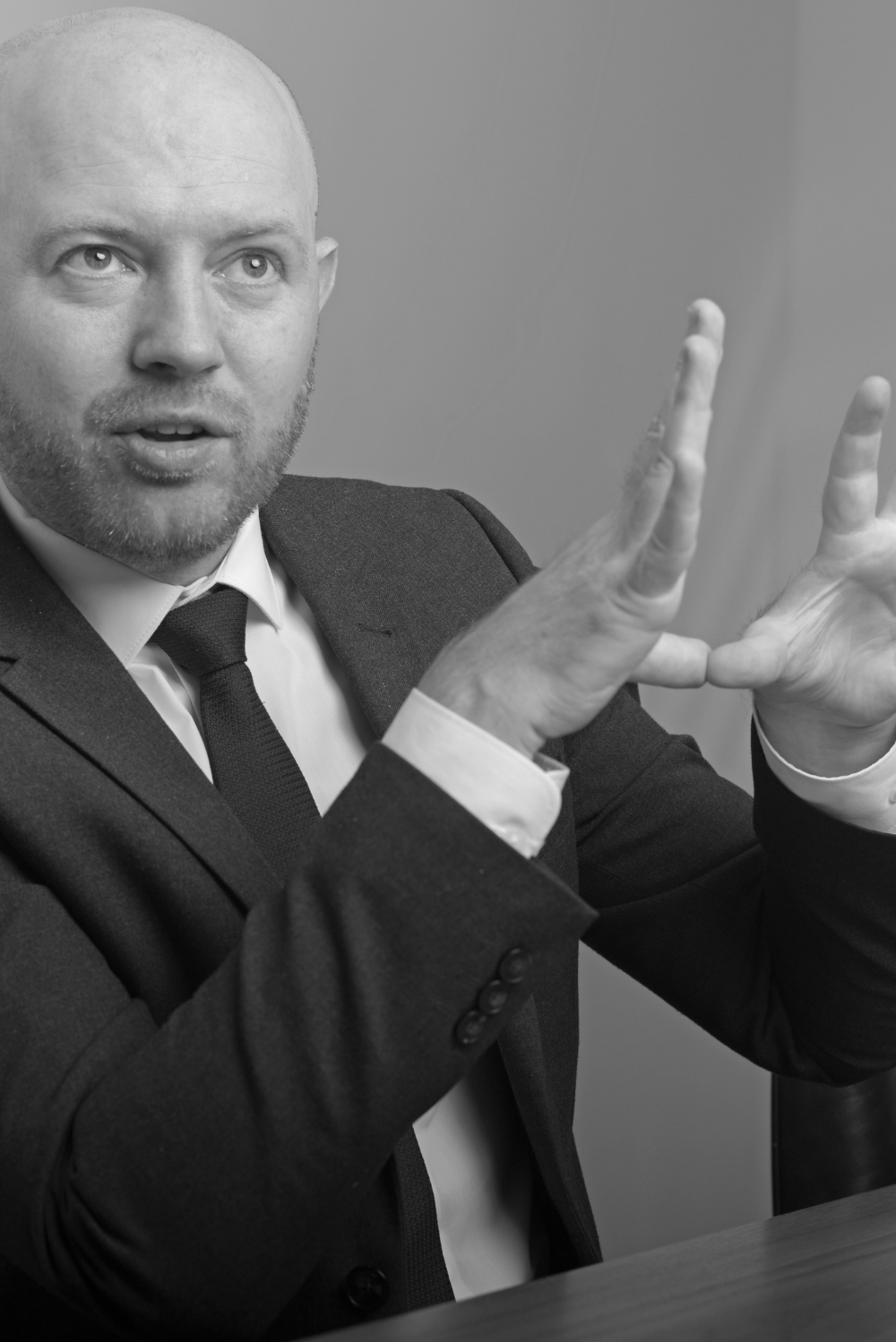 Gareth has over a decade of experience covering commodities and resources companies for a number of publications in the UK, South Africa, the US. He spent over seven years with Mining Journal, leaving the publication as its deputy editor.

He also recently spent time as the online editor at Automotive Logistics, a publication covering global logistics and supply chains for the automotive sector, including electric vehicles.

He was employed as a private client investment advisor at Vestact, in Johannesburg, South Africa before moving to the UK. 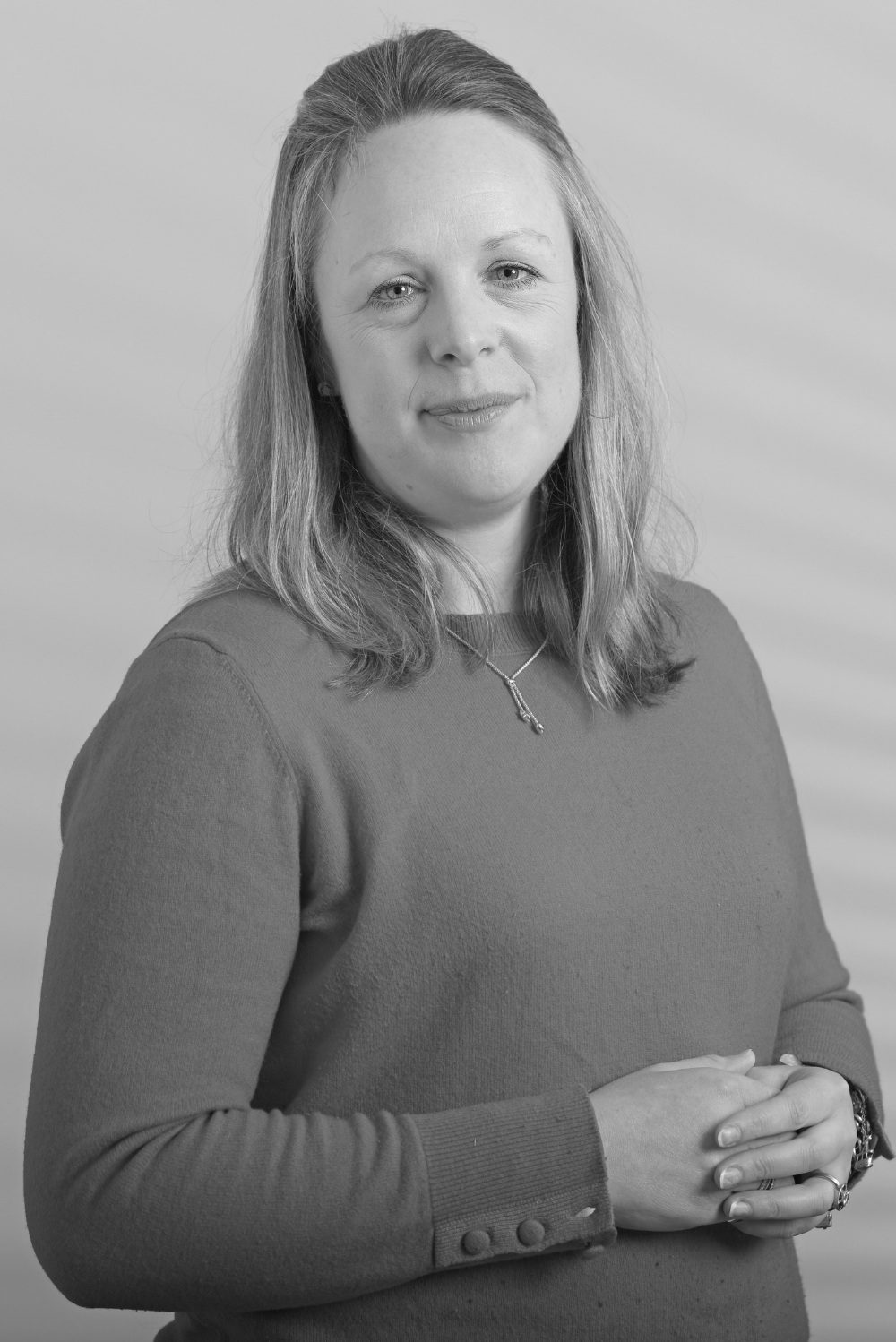 Emily, a Director at Tavistock, is a highly experienced capital markets and communications consultant. She has a proven track record advising Boards and management teams over the past decade on all forms of media strategies and investor relations including IPOs, M&A activity, equity and debt fundraising (having advised on plus £2.5 billion of transactions), crisis management as well as financial calendar work.

Emily joined Tavistock in January 2011, prior to this she spent three years at a top five AIM and leading natural resources PR agency based in the City of London.

She is a member of the Investor Relations Society and holds a degree in Geography from Newcastle University. 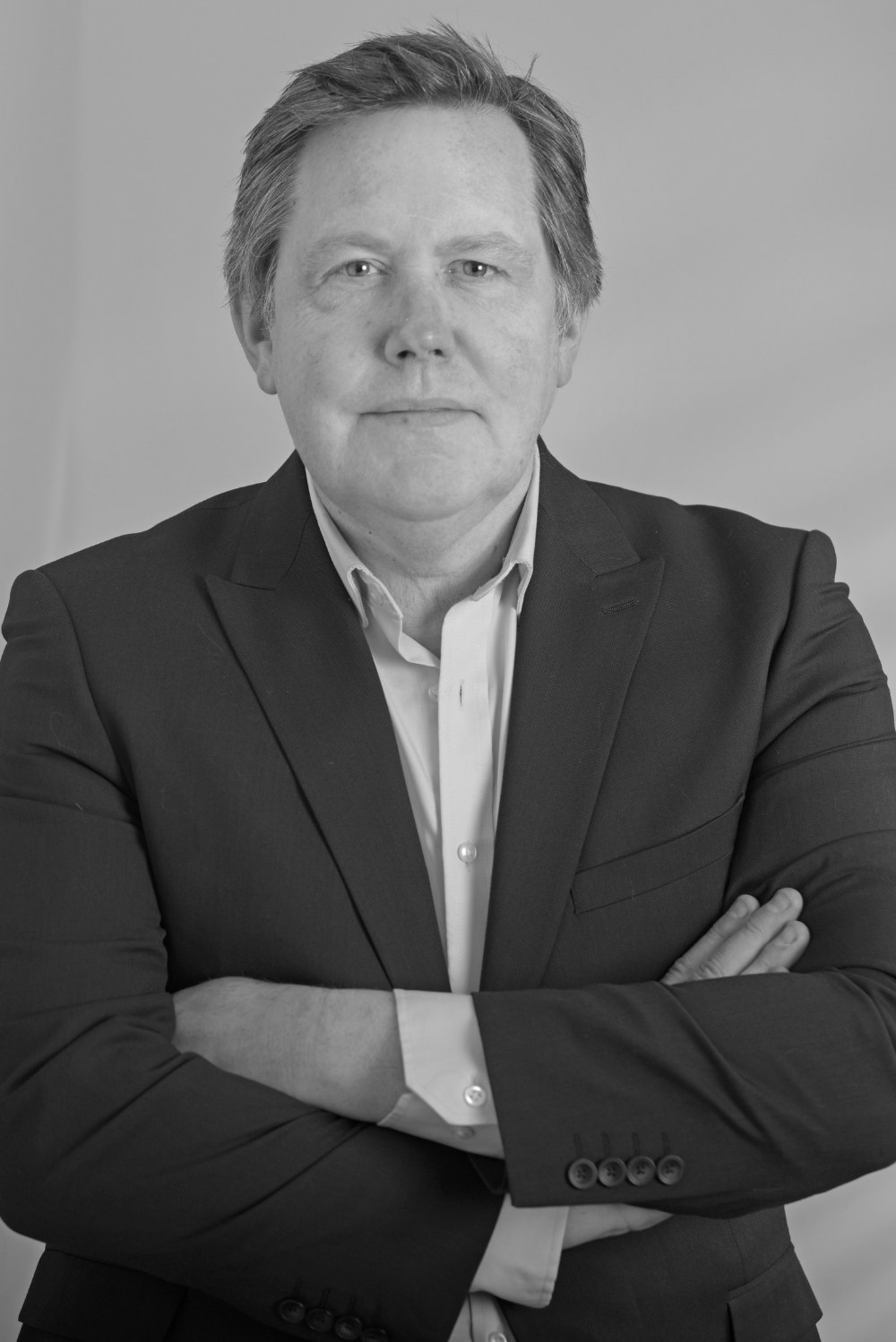 David was one of the longest serving political editors of The Sunday Times (2001-2008) and has since advised world leaders and businesses around the world as a consultant. These have included Rolls-Royce, Tata Steel, Lloyds Bank, De Beers and Northern Rock.

He has 20 years’ experience working closely with key figures in Westminster and Whitehall, including the Treasury and No.10, and has helped major corporate clients with their communications and lobbying campaigns. 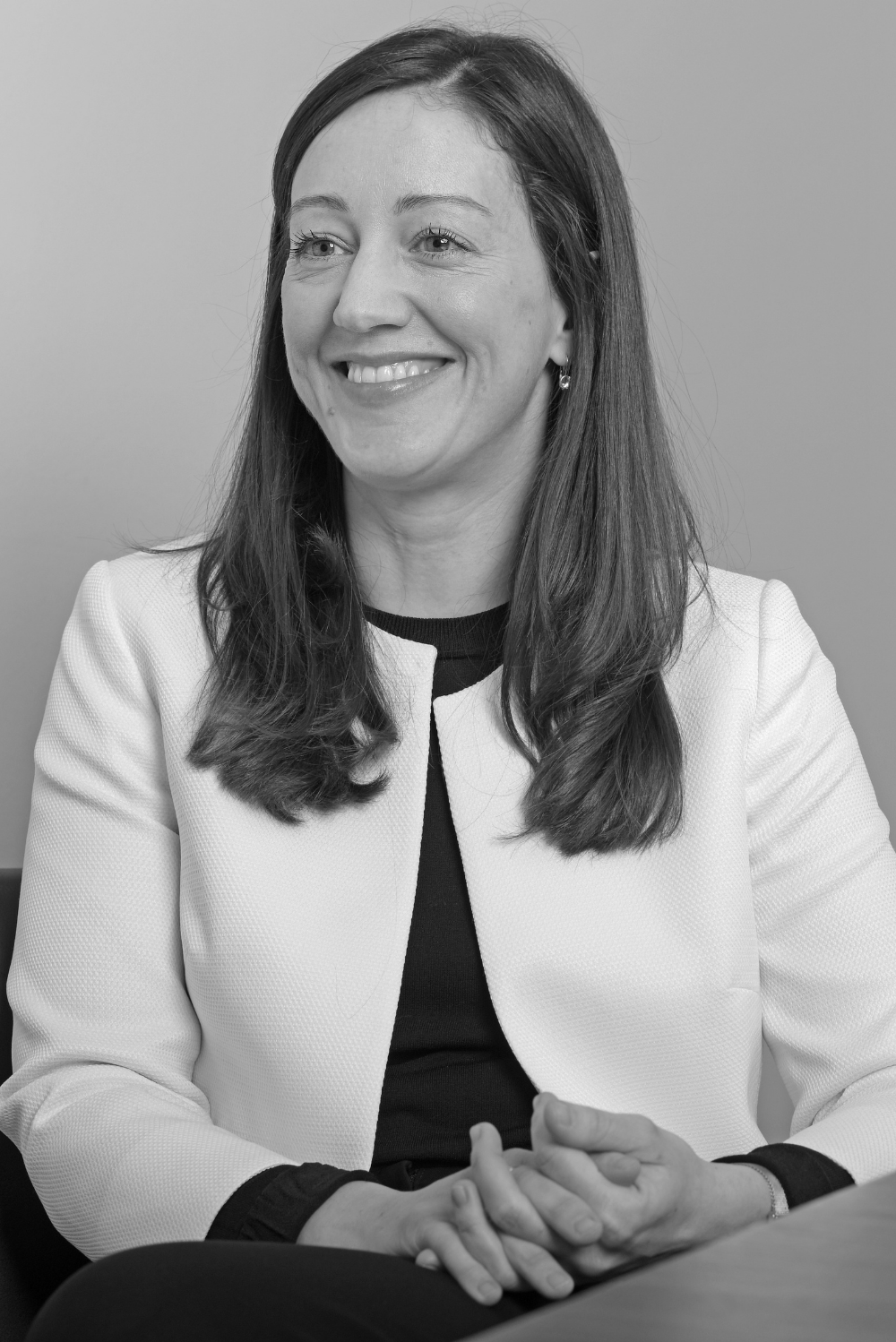 Rebecca is an Associate Director with over ten years experience in financial and corporate PR. Rebecca has advised clients on IPOs, M&A and strategic corporate communications across a range of sectors including financial services, retail, leisure and new energy.

She previously worked at M: Communications and more recently Teneo, since 2013, having originally joined StockWell Communications.

Rebecca holds a certificate in Investor Relations (CIR) and has a BA (Hons) degree in English with Journalism from the University of Wales, Bangor. 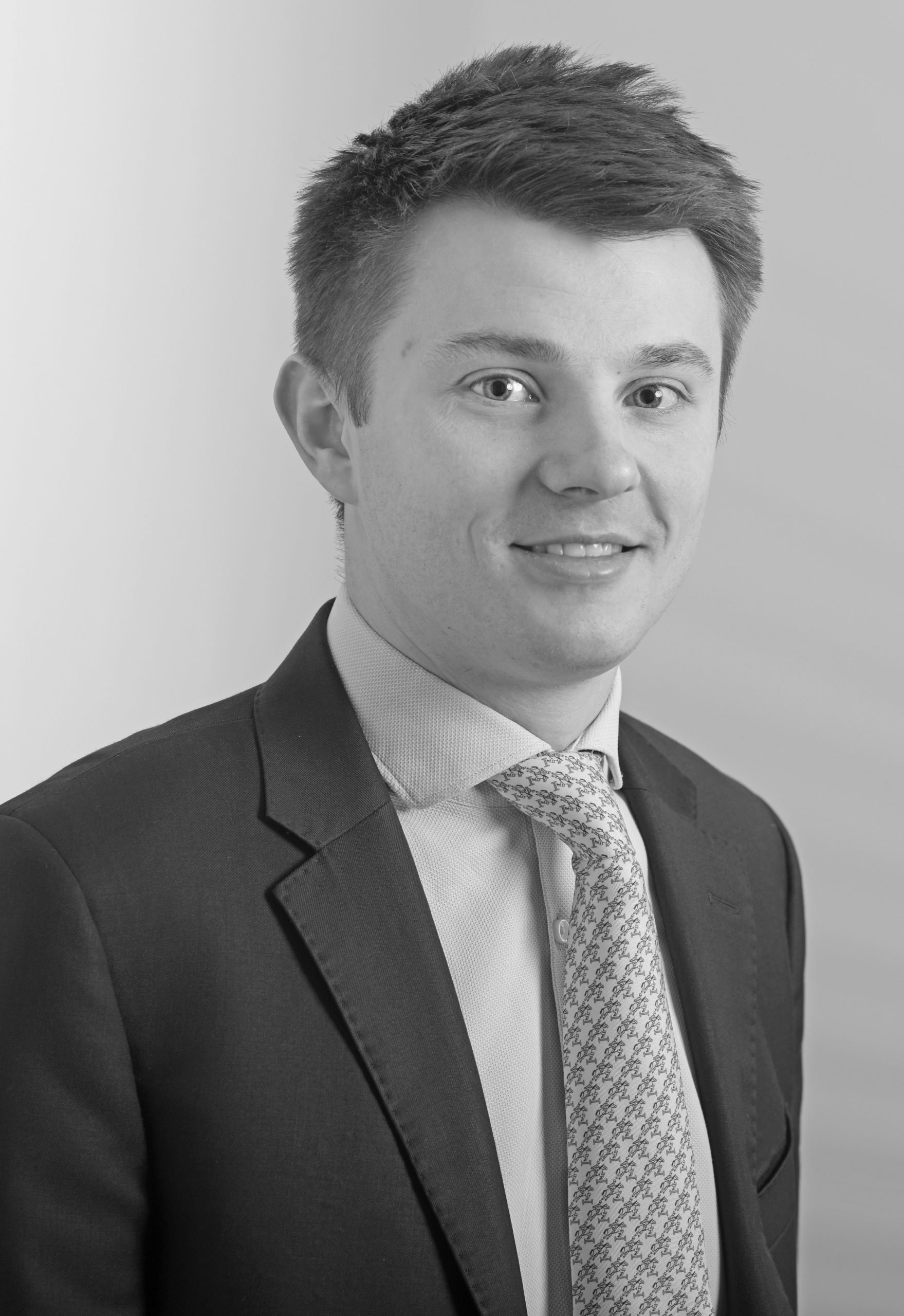 Tim joined Tavistock in 2018 and works across the financial and corporate communications practices.

Prior to Tavistock, Tim worked at a specialist financial and professional services corporate communication firm, and as an audit associate at KPMG.

He holds an Honours Degree in International Relations and Politics from the University of Birmingham. 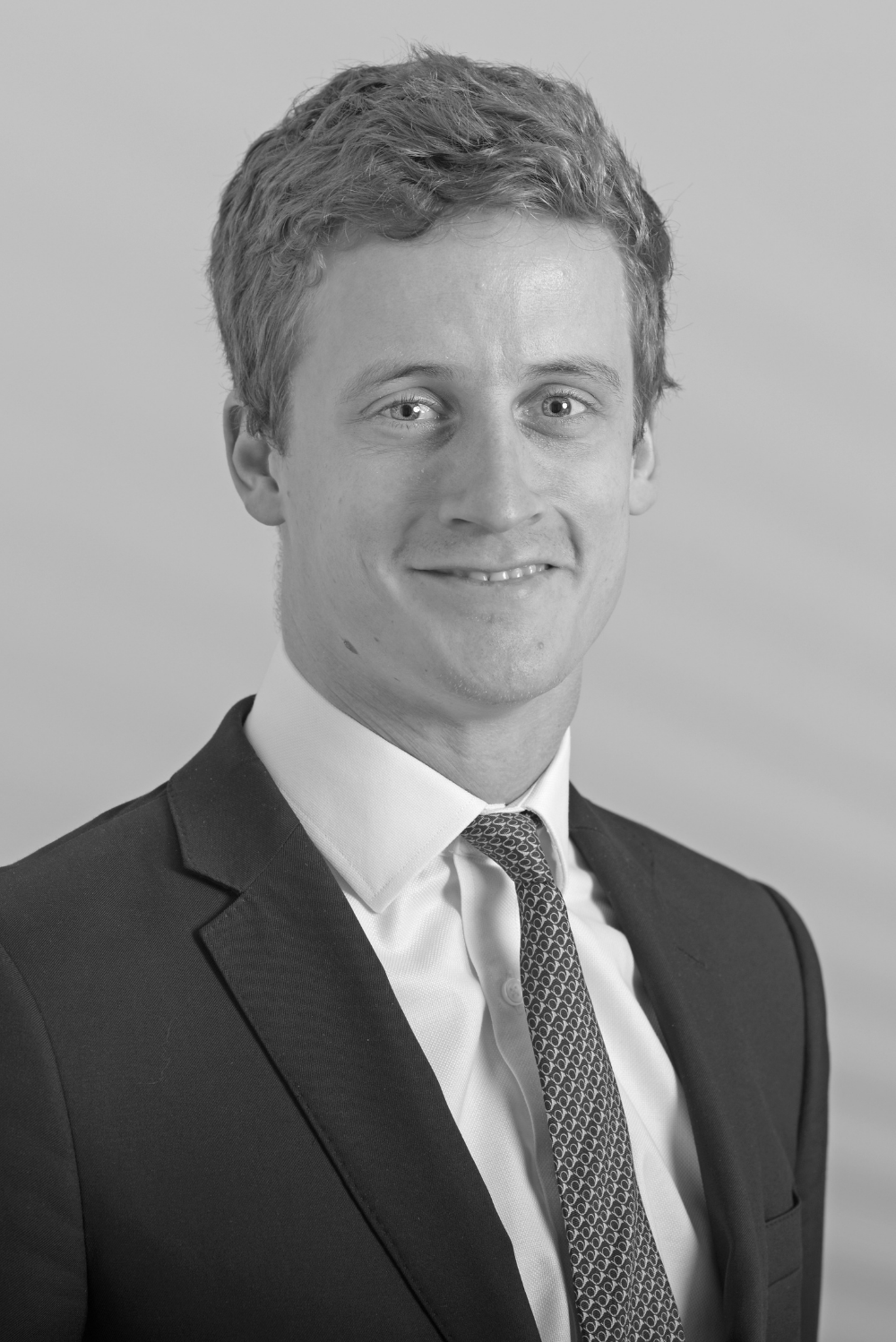 Oliver joined Tavistock in 2018, supporting clients in the natural resources and financial services sectors. Oliver has completed the Chartered Institute of Public Relations (“CIPR”) Google Analytics course covering effective use of the Google Analytics suite of tools, including analysis and report creation. He is currently enrolled in the CIPR Digital Communications programme, examining trends and strategy in digital comms.

Before Tavistock, Oliver worked as a digital marketing specialist, advising UK-based and international clients to develop their online profiles and reach. He holds an Honours Degree in History of Art from the University of Leeds. 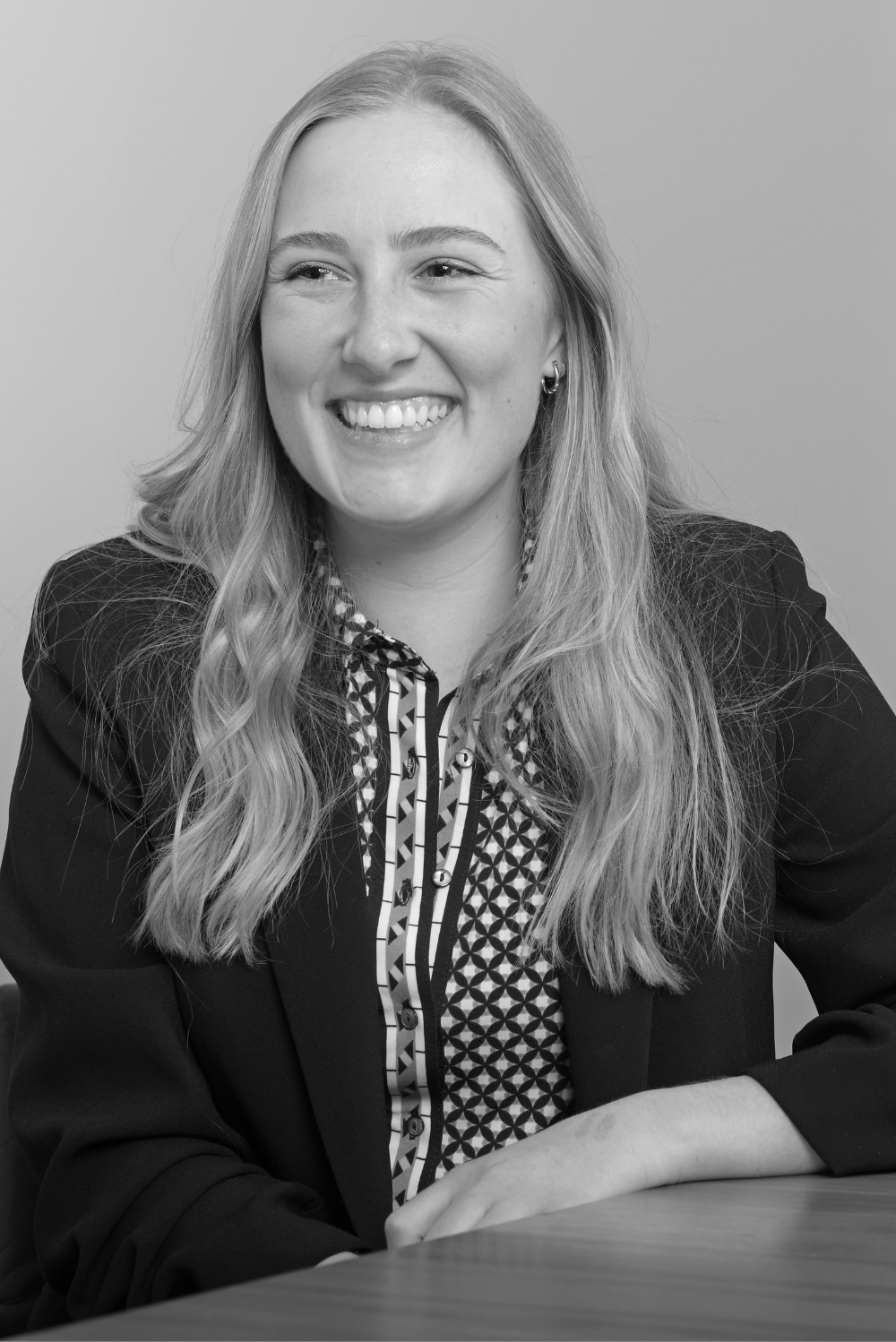 Katie joined Tavistock in March 2020 as an Associate providing support for clients in the TMT and Financial Services sectors, both from a financial and corporate communications perspective.

Prior to Tavistock, Katie worked as an audit assistant at BDO where she obtained her AAT qualification. 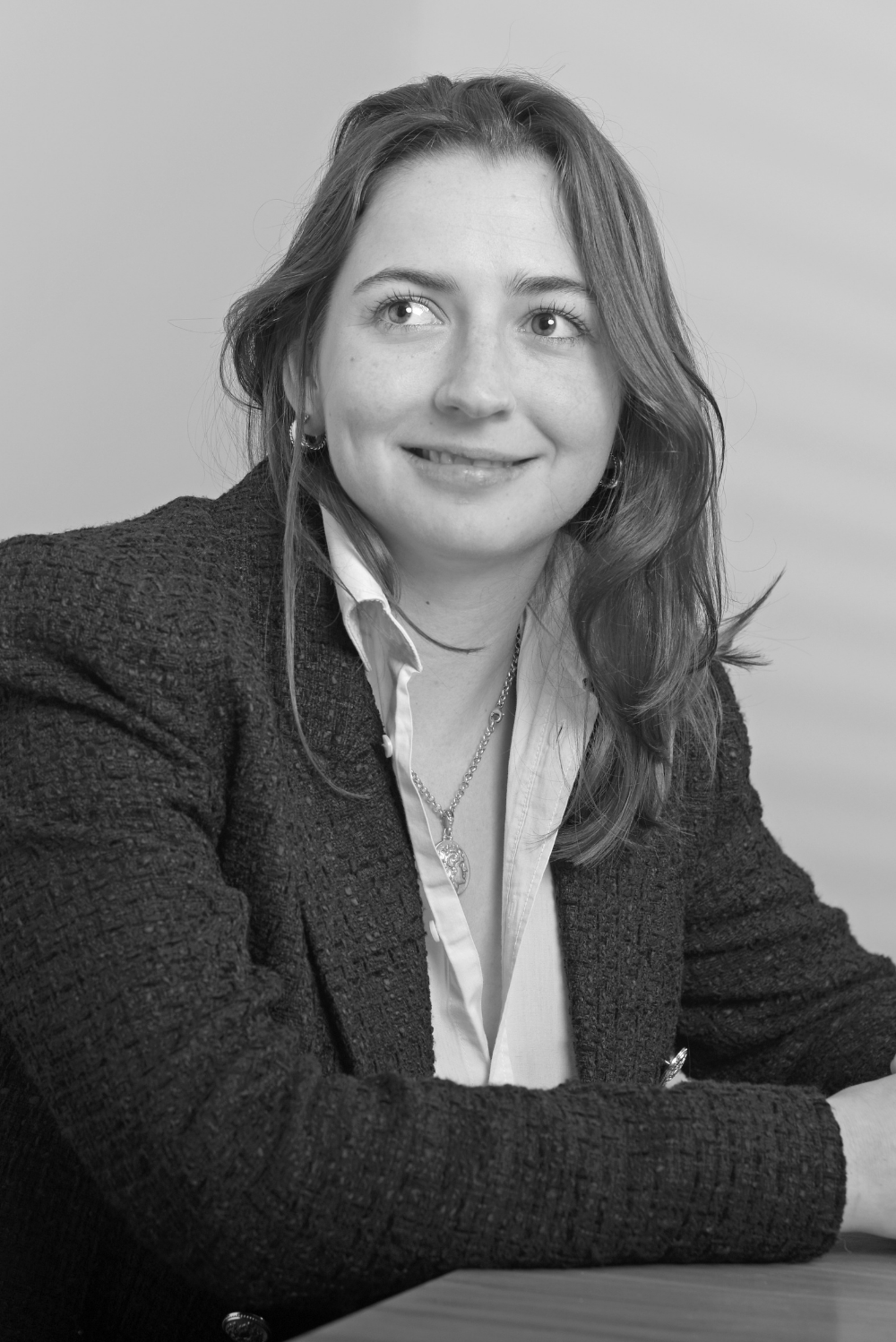 Tara joined the resources team at Tavistock in September 2020 following a three-month internship with Tavistock in the first quarter of the year.

Prior to Tavistock, Tara worked in the hospitality and safari industry in Zambia, specialising in media, marketing and guest relations. She holds an Honours degree in English from the University of Cape Town.

Jade joined Tavistock in July 2021. Her core focus is advising clients on their sustainability strategies and environmental, social and governance (ESG) reporting.

She has extensive experience in the mining sector, having reported, researched and written on the sector for 15 years. More recently, her focus has shifted to compiling ESG-specific content for clients in the mining sector. With her experience in integrated annual reporting, Jade has a solid track record of compiling and conveying information relating to value creation, preservation and erosion. 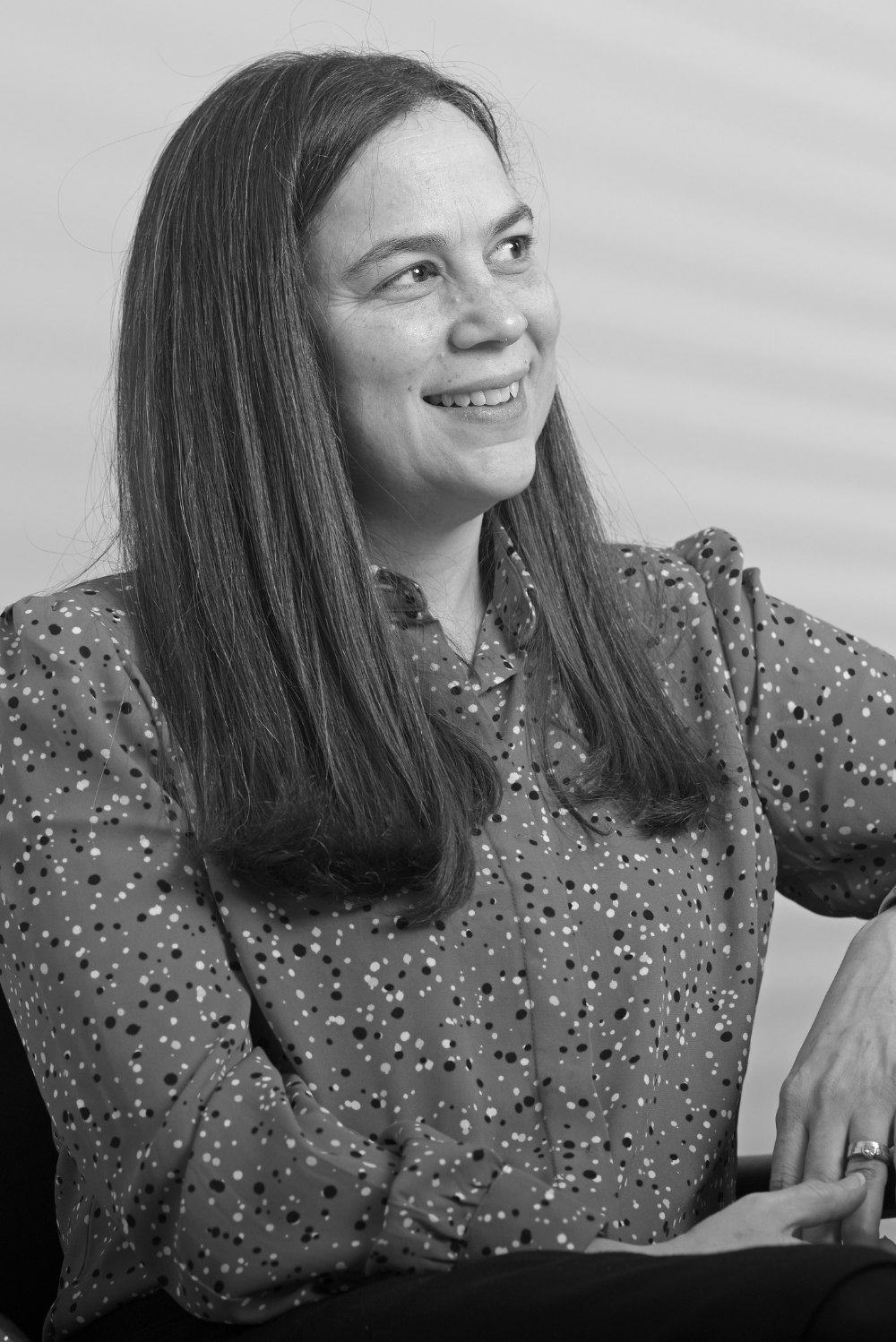 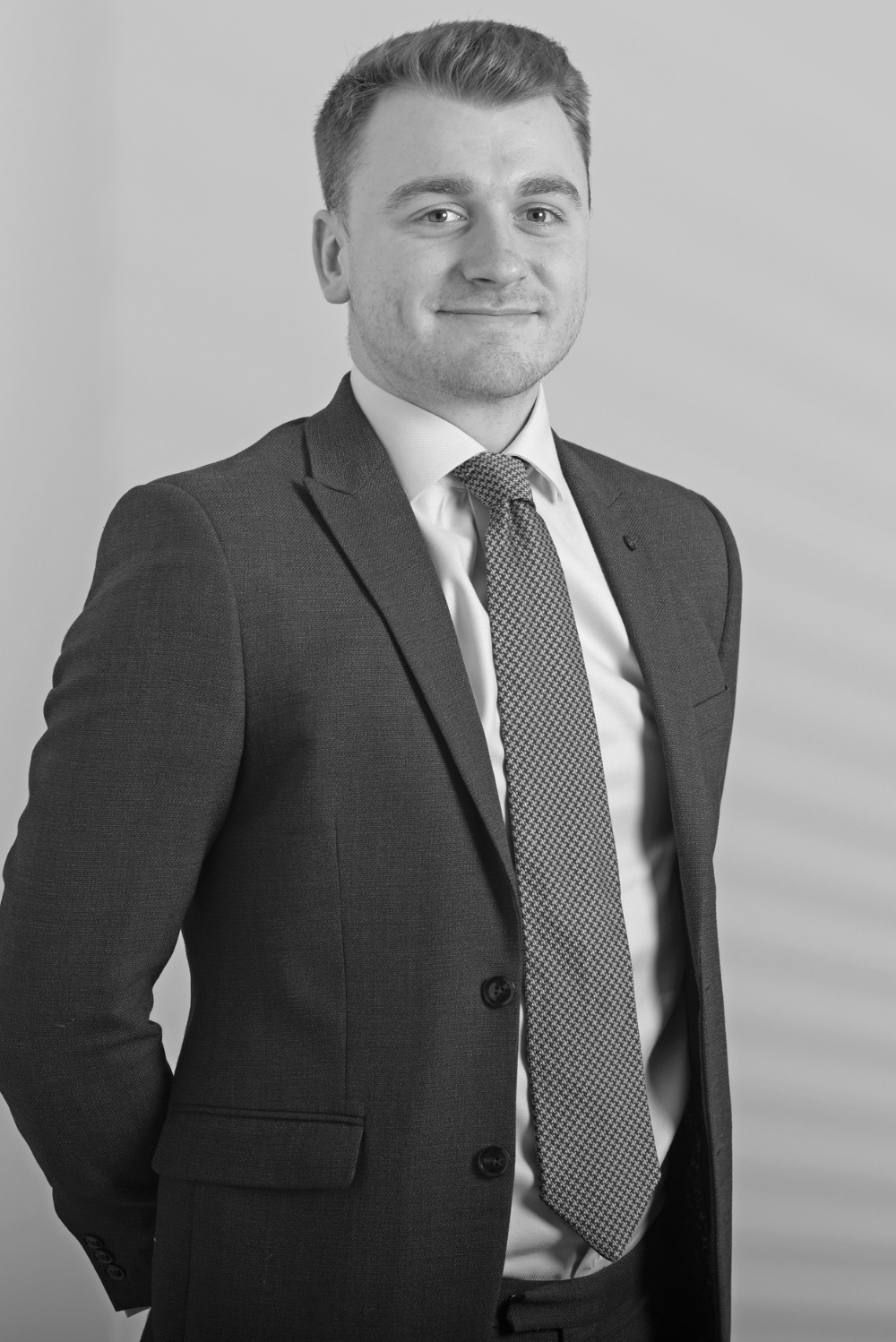 Charles is an Associate on the New Energy and Renewables team after completing an internship in November 2021. He is a graduate of the London School of Economics and Political Science, where he obtained a BSc in History and Politics, and Cardiff University where he was awarded an MSc International Relations. He also has professional experience in ESG and financial crime having completed a number of internships whilst studying. 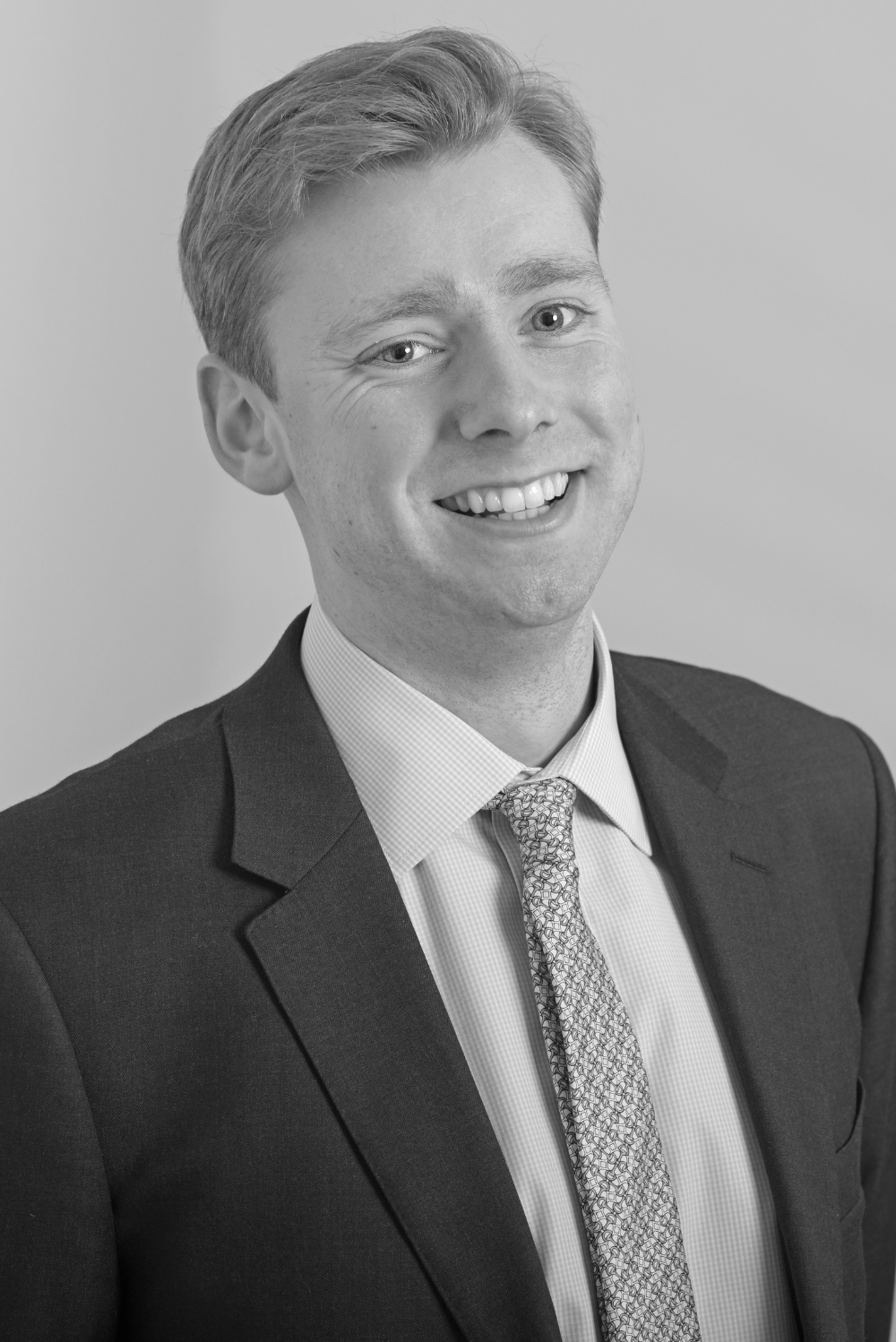 Adam joined Tavistock’s Natural Resources team in May 2021 as an Associate, following an internship at Hanover Communications.

He holds an honours degree from the University of Leeds in Spanish, Portuguese and Latin American Studies, during which he studied in Spain and Brazil.

We use cookies to ensure that we give you the best experience on our website. If you continue to use this site we will assume that you are happy with it.OkPrivacy policy